Sexual passion is one of the most profound feelings we humans can feel as it involves both emotional, mental and physical bonds with our partners. A lot of factors exist when it comes to being sexually comfortable with someone, as for some it is an expression of their romantic feelings and for some, it is just the connection to share a moment with someone. Regardless of the reason why we have sex the important point is that we all enjoy sex when it is passionate and pleasurable.

Human being’s sexual life depends on many things such as emotional factors, state of mind, usual day routine etc. It is often perceived that young people usually have a high sex drive as their energy levels and curiosity about sex is on the adrenaline wave which is not the case in older people but, according to medical observations, this kind of categorization cannot be considered as a hard and first rule.

Having a satisfying sexual experience is important because it not only gives a pleasurable experience but also plays a vital role in solidifying the emotional bonds between the couple. Today, with the kind of lifestyle and work culture we are living in, it has often been observed that at times couples have to compromise on their sexual activities because of their strict and exhaustive work routine. Though this cannot be said for everyone but this needs to be highlighted for those people who because of high-stress levels are losing out on their sexual drive due to which their relationships are feeling burnt out.

To help people who are losing their sexual desire because of low energy levels or high-stress levels, Curae Health has developed – Vitasterone, which acts as an ultra testosterone booster that helps in increasing strength and libido which intrinsically helps in igniting more desire for sex and allows to have a long and pleasurable sexual intercourse. It is a powerful energy booster because of its combination of natural ingredients such as Mucuna Pruriens, Ashwagandha, and Ginseng which are natural extracts used as ingredients for increasing energy in our body which increases stamina for overall performance.

Furthermore to achieve complete sexual satisfaction it has to be first understood that sex is a two-way process for getting the most pleasurable and satisfying experience. Thus, in this context, it becomes pertinent to understand what are the reasons that trigger low sexual desires amongst couples and what changes can be taken to keep the sparks alive in the relationship.

As humans, we need to have an adequate amount of sleep (7-8 hours) for getting our energy back. It has been observed that lack of sleep can trigger stress which can interfere with our overall energy levels that can intrinsically lead to a disinterest in sex. Therefore, if a person is not having sufficient sleep or having a disturbed sleep then this can also trigger low libido or low sexual desire.

One of the major energy boosters in humans are physical activities which increases the heart rate and the blood flow while releasing endorphins that increase the energy level in our body. Therefore, it is suggested that everyday we should do some physical activity which shall keep us active, fit and our mood happy as well as allow us to have a healthy sexual life.

Stress is one thing which can never leave us alone, some days we can have less stress and some days it can be much more but generally it does not leave our side. The kind of hectic lifestyle we live in with professional, social as well as home stress, it is bound that stress shall never leave us any time sooner. The problem with stress is that it also plays a major role in reducing the desire for sex.

It has been observed that those people who are heavy alcohol drinkers and consumers of drugs often suffer from problems such as low testosterone production as well as erectile dysfunctionality. Furthermore, smokers also encounter problems such as low sperm count, therefore, it becomes important for men and women both to have control on their alcohol intake and to avoid any kind of drug usage because in the long run, it negatively affects the sexual life and reproduction cycle respectively.

Agins is a process which is inevitable and with age, it is natural that our body also changes, therefore, through this ageing process the sexual desire also gets effected as the testosterone levels and libido starts reducing in the body which causes delayed orgasms, delayed ejaculation and delayed arousal; but to generalise these problems for everyone won’t be fair, as it has been observed that people in their old age who have maintained their health and body also can enjoy active sex life. Thus, it becomes important with age to have a balanced diet along with an active lifestyle to remain active sexually.

From the above-mentioned observations, it can be suggested that sexual desire is common for all and the need of having a satisfying sexual experience is a must for everyone which is why it also becomes important for couples to have a free conversation about their sexual choices and needs with each other so that they can understand each others desires better thus achieving and overall better sexual life. Furthermore, it has to be understood that a healthy diet and some physical activities are must for keeping our body aligned to hormones that increase testosterone and libido. On the other hand, one can also add the benefits of Vitasterone in their routine so that they are able to keep their stamina intact even after a long day of work along with an enhanced desire for a long-lasting and pleasurable sexual experience which will keep the sparks of fire in their relationship. 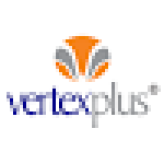 Detoxification of mind and body is a lifestyle not just a habit- How?

The millennial generation have weaker bones than our ancestors

Detoxification of mind and body is a lifestyle not just a habit- How?

Be youthful with these 7 habits

How probiotics help to improve digestive health and immunity

Lack of Vitamins and Minerals may cause Hairloss